Will Starvation Kill More Than COVID 19?

As the pandemic winds down, what has been the toll on the poor?

Worldwide, many experts agree that many more people will ultimately starve to death from the COVID-19 lockdowns than will die from sickness caused by COVID-19. This is not hard to fathom since over 24,000 people died each day from starvation before COVID-19 entered the scene, and now that developed nations have taken drastic lockdown measures, with most developing nations following their lead, those figures are expected to rise exponentially. Compared to initially lower-than-predicted COVID-19 death statistics, hunger appears to be the larger killer. Still, some will point out that the lockdowns saved lives by prolonging the virus’ onset, allowing for less overwhelmed hospitals.

Lockdowns swept the world, all in the name of avoiding impending deaths caused by a virus that was predicted to kill tens of millions, but those predictions had, happily, proven to be far less as reality unfolded and our collective immune systems proved to be stronger than once expected by the experts. As much of a noble effort has been put into prolonging imminent exposure to the deadly virus, that does not change the fact that an exponential amount of people have and will continue to starve to death in developing nations from economies put on halt due to lockdowns, many millions more than would otherwise starve to death had these lockdowns not taken place in impoverished nations.

As hard as it is to accurately estimate the outcome of a disease, many trusted organizations worked diligently to weigh the many factors that go into a well-balanced prediction. It's a tough scenerio for the overnments of the world. Back in the first months of the virus' onslought, the IHME, an expert-trusted coronavirus model producer frequently cited by the White House, predicted a half-million people dying from the plague once it runs its course. The world-wide COVID-19 death count turned out to be much higher, up in the millions. Still, it is a smaller amount compared to the amount of lives that have been and will continue to be lost to hunger over the same period and the aftermath. One million people is still only about 40 days’ worth of starvation deaths, statistically speaking. That stat is taking data from back before the COVID-19 virus came onto the scene. Now that COVID-19 is here, the statistics for starvation deaths are skyrocketing. The UN predicts that deaths have approximately doubled as a result of the lockdowns.

“The United Nations World Food Programme, or the WFP, states that by the end of the year, more than 260 million people will face starvation -- double last year's figures.”

The results of this lockdown have been devastating in the short term, but long-term they will prove to be increasingly costly as those struggling in poverty-ridden regions are tipped over the edge of hopelessness.

How the shutdown affects us vs. them

As leading nations made drastic changes to shut down as much human contact as possible, developing nations have followed suit and imposed their own strict lockdowns to slow down the inevitable onslaught of the Coronavirus. However, the average household in a leading developed nation is more capable of surviving a long period of economic downturn than the average family within a developing economy.

For example, in America, the typical family can go to the local grocery store and purchase enough food and supplies to last several weeks, even months, and they may still have sources of income, such as government subsidies or a job where they can “work from home”.

Americans are also mostly allowed to go for walks and choose to have interactions with others in public if deemed necessary while facing minimal penalties from the government.

In developing countries however, the lockdown carries an entirely different set of more severe consequences that most westerners cannot begin to imagine.  Most sources of income are obtained by bringing goods and services and selling directly through “open markets”, a business model that brings in a day’s food for a day’s wages and little more. Every one of these marketplaces are completely shut down, with governments and authorities allowing very few exceptions.

There are no $1,200 checks from the government, no guidance on how anyone will survive, no suggestion on how the people will eat.

The only thing each person knows is that if they leave their house without having a valid reason, they will be brutally beaten, placed in jail, or even killed. In order to maintain the strict lockdown, many nations had indeed resorted to violence, the only sure deterrence to the unrest caused from those refusing to die of hunger.

Even now, in some nations, the death toll from police officers maintaining the lockdown orders is higher than the number of deaths from COVID-19.

The people are desperate.

In Some Central African Countries, the president mandated a lockdown that not only entails a curfew, but also is forbidden to use any form of transportation.

In Some Central America Countries, if you did not have a document that gives you access to deliver food and medical supplies, you could not leave your home. For those in mountainous villages, they have no access to food, leaving them in starvation.

In Some Asian Countires, the police had been given the order to use “deadly force” on those that are found breaking the country's lockdown orders.

In pother places, there have been reports of a high amount of police-inflicted deaths of citizens over refusing to abide by the shutdown orders.

We certainly did want to be safe and flatten the curve so that hospitals do not get exhausted too quickly, but there was no good way to do that in a developing nation. They do not have a government bailout or savings to fall back on. They do not have family members to ask for help or a local food bank to go to. They do not have access to pensions, sick leave, paid leave or any kind of insurance.

Incidentally, those that got COVID-19 were more at risk of being a casualty due to sub-par hospital conditions, lack of adequate supplies, limited ventilators, and furthermore they had an increased rate of spreading the disease to others.

There are no simple answers to this

The situation was seemingly impossible for these people, they only had their prayers and hopes that somehow, they will get food for another day, provisions somehow for their family to somehow make it through this terrible season in our world’s history.

The UNUWIDER has issued the warning that the economic contraction caused by Covid-19 could push an additional 500 million people, or roughly 8 percent of the world’s population, into poverty, reversing 30 years of economic progress in the area of poverty.

For these nations, they not only face a health-related pandemic,

but they are also forced to make themselves vulnerable face every other type of crisis as well, especially in the area of food. When the situation becomes that desperate, the vulnerability to other diseases and poverty-related issues increases as well and the snowball effect takes place. As Covid-19 cases increase worldwide, there will be a correlative rise is other deaths as well, and in the case of the already frail food infrastructures in most of these countries, most of those deaths will be from starvation.

Refugees can be hit the hardest. According to UNHRC (UN’s Refugee Org) “Over 80% of the world’s refugee population and nearly all the world’s internally displaced people are hosted in low to middle-income countries” These countries simply do not have the infrastructure needed to support a strong battle against the vicious enemy of COVID-19 and the economic scarcity that follows closely on its heels. The problems are insurmountable for the average person in these conditions.

That is why World Hunger Fund takes its job so seriously, because the need is crucial.

Along with other NWO’s, we provide the one thing that will help these people in their desperation. The assistance of food provisions from charitable organizations through the form of emergency assistance and relief brings them hope for another day without needlessly risking their lives and the lives of others.

Your donations to World Hunger Fund go straight to these nations that need it most.

To learn more about how hunger affects our World, visit our stats page

YOUR HELP IS ESSENTIAL

You play a crucial role in putting an end to world hunger. Only together can we fight this enemy that plagues so many people on our planet. The opportunities to make a difference are limitless. Listed below are several ways that you can help out. Your help is essential and appriciated. 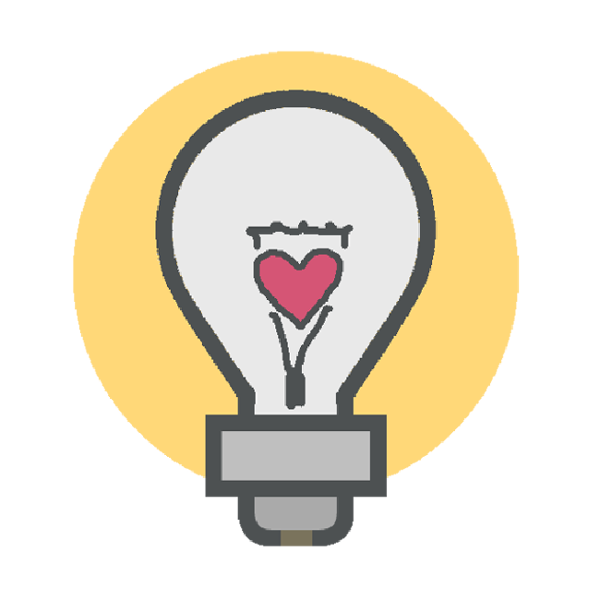 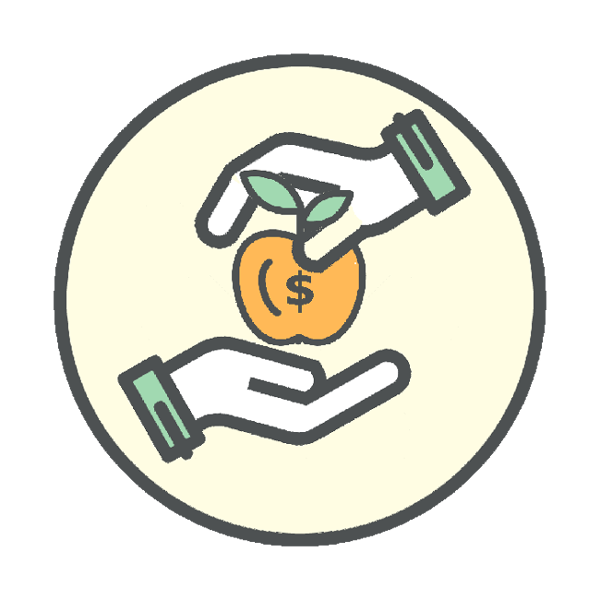 From sponsoring a specific program, to setting up a recurring donation, you can make a difference 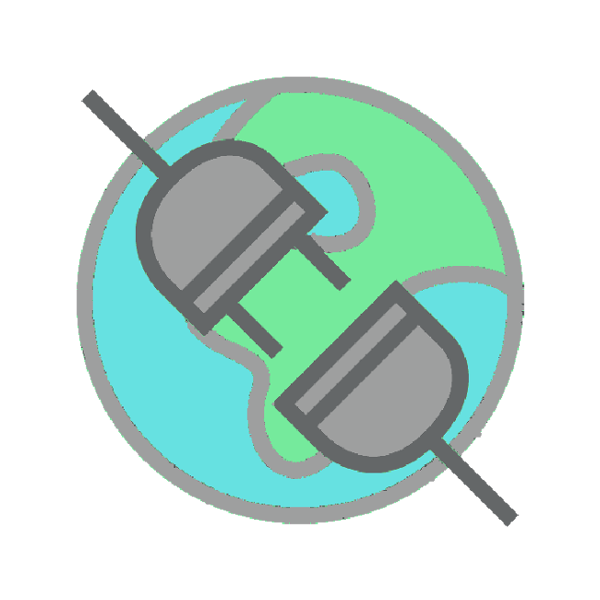 Together, we can #Makeadifference . Will you sponsor a project today?
SPONSOR A PROJECT
Subscribe to our Newsletter